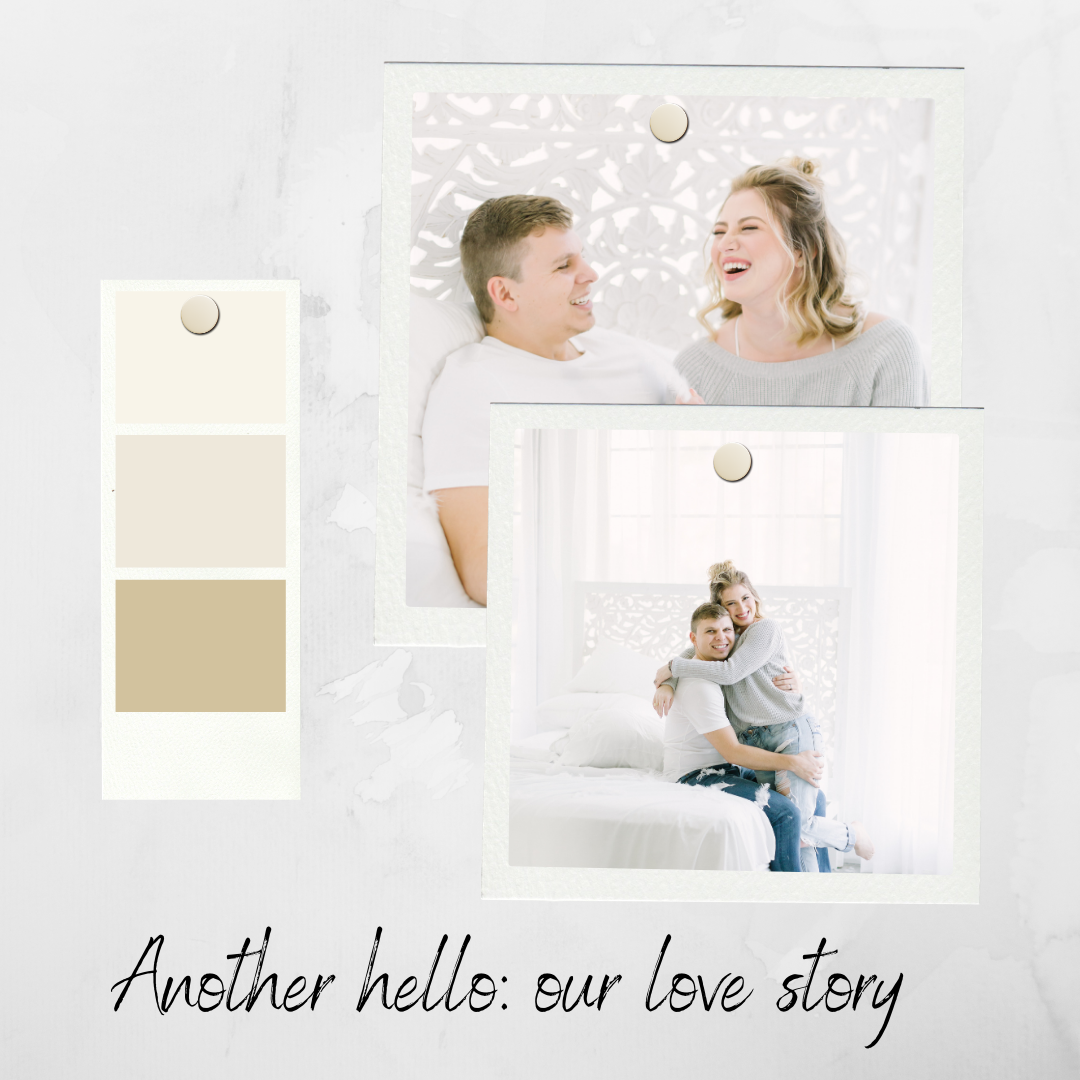 Since starting this blog, I will be honest, I have felt a little overwhelmed! I have so many ideas that swirl around in my head at all times, and trying to get them all into words is sometimes a problem for me because there are so many things I would love to tell/show y’all! So I figured first I should dive into a little more about who we are, and let you get to know me (us) a little more. Our story is a huge part of where we are today, so I wanted to spend a couple blog posts diving into to the life of the Davis flock.

This man. Y’all, I love him, but I didn’t always, so let’s explore that. We grew up in a small, growing but small, town. Both of us had lived there pretty much our whole lives (maybe I’ll expand on my childhood more later, but for now just know we grew up in the same small town). I had attended one small baptist church since I was 3 years old, and we went so regularly I considered it my second home. One summer morning, we were loading up to head to youth group, and there was this new shaggy, wavy blonde haired guy in the mix I had never seen before: Harley. And y’all this was NOT love at first site.

Harley will be the first to tell you that he was cocky, loud, and gave off that “entitled” vibe, but the main caveat: he is 4 years older than me. And he was coming to church camp with us-oh, Lordy, bless this mess. First night of church camp (we stayed in a cabin that had a boys dorm, a girls dorm, and a common kitchen and living space) this boy runs out into the kitchen in NOTHING BUT A TOWEL. My little heart almost died-THE EMBARRASMENT. He never followed the rules, was always pulling pranks with the other guys, and was a little show-offy, so for my goodie two shoes self, there was no place in my world for his “kind”. ..but I will admit he has always been cute.

I laugh about it now, because he stuck around. That year at church camp, he accepted Christ, and he continued to show up every week after camp where we had the typical “you’re in my youth group so I tolerate your company” relationship-Up until the following summer, when we were put on the VBS recreation team together. For my non church people, this is basically the team in charge of running kids around with “bible-based” sports games that typically end in everyone being soaked in water because it’s Texas summer and teenagers in charge of kiddos. This summer changed everything. We became…dare I say it… friends. I learned this guy had the biggest heart, and a soul that ached for the well being of others. He is talented, kind, cute, and…still 4 years older than me.

This thought always rang in my head. I was 15, and was not chased by guys at school, and I had a older guy friend. It was fun to toy with the idea, but deep down, I always told myself no, because… 4 YEARS OLDER. So we stayed friends. I honestly don’t even know when he started to have feelings for me (maybe I’ll ask him), but I can assure you it was definitely after me. I even watched him go through a relationship with another girl, trying to encourage him when it wasn’t working out, that sucked.

It also turns out that we were neighbors and only lived a block away from each other. *CREEPER ALERT* I would climb on my roof just to look at his house and see if he was home…I know…I know…anyways. Moving forward to the fall, I remember trying to impress this cute older guy by trying to convince him that I was a great kisser (I had NEVER even gotten close to kissing a boy) and worked it out to sneak out to meet him in his backyard that night to “show off my skills”. (OMG this is embarrassing). He somehow agreed and it was very obvious that I DID NOT know what even the slightest I was doing. But y’all, he’s so sweet and didn’t even bat an eye, probably because he totally knew my ploy from the get go.

Needless to say, we did end up sharing a kiss, which was the sweetest little moment ever under the October stars. We began to make our secret little “dates” a regualr affair, and as you can imagine this could not end well…

Since this post has gotten long I will share the rest of our rollercoaster ride with you next time.

I'm Lanna and this is my husband, Harley. Welcome to our little corner of the internet where I share our 5-acre Texas life filled with chickens, gardening, DIY + home design that build up our dream home(stead) one day at a time!