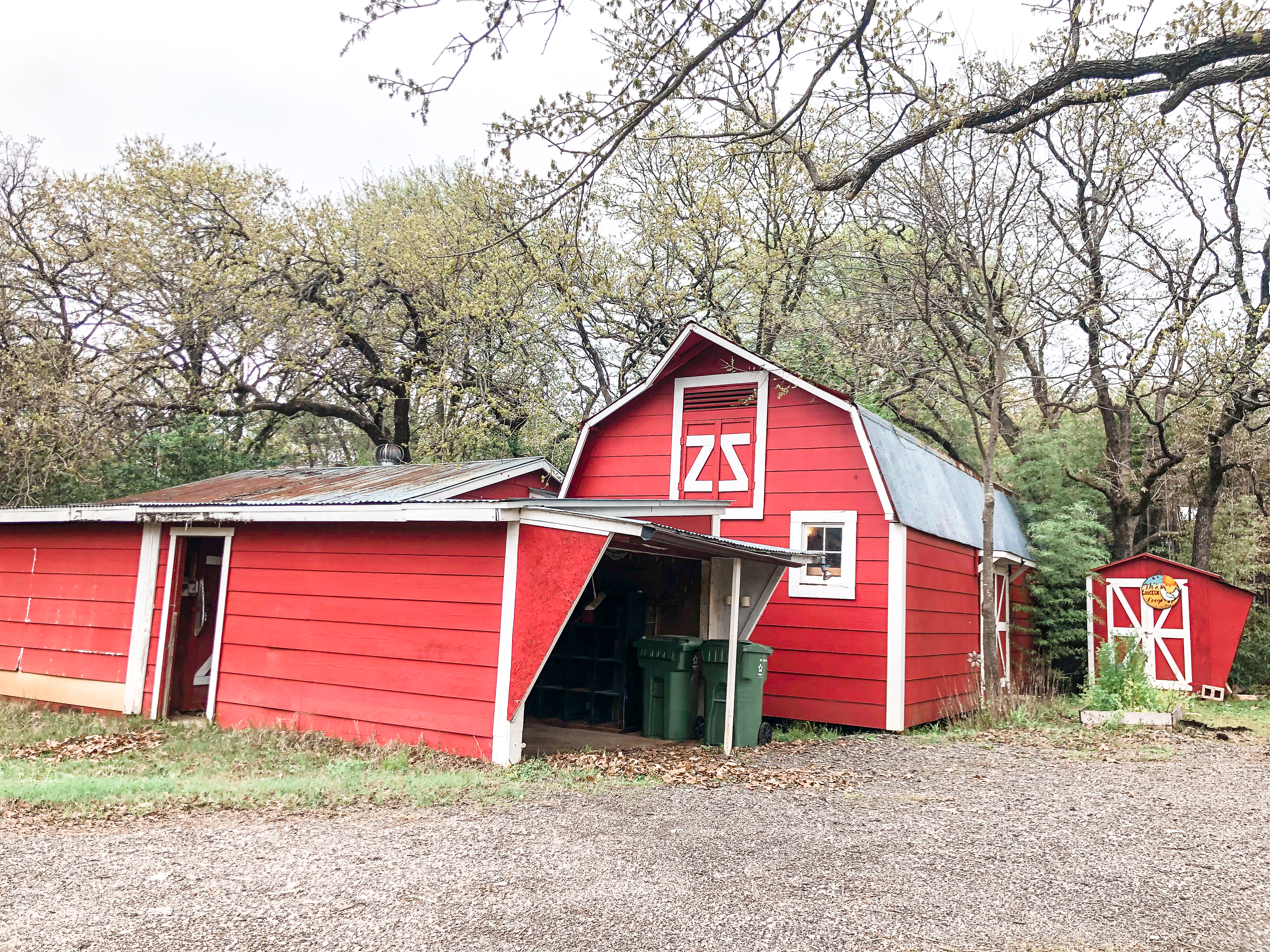 When we first bought this property only 4 buildings existed: 2 barns, a tool shed and a “shack”. The latter is our enduring name for what we now call Little House and home until our main build is done on the back half. This structure originally consisted of: a 750sq ft slab; a raised closet-sized “bathroom” (the ground caved in as you stepped into the “room” with a toilet and standing shower only); kitchen area with cabinets on cinderblocks and no placement for fridge or stovetop; a bedroom which barely fit a queen mattress, and an add-on enclosed porch with sagging retrofit air condition ducting. Complete with a magnetic-locking front door which only opened with a remote control.

The story behind this structure (as we only know from hear-say) is that the man who owned the property prior to the previous owners (this property has swapped hands about 4 times in the past 15 years) loved guns. Like a lot. And this building was used as his gun making hideaway-hence the heavy duty metal door…because metal doors fix everything and this building was clearly secure. But who knows what else this has been used for, it’s all pretty questionable at this point.

The building had some serious flooding issues because the laminate floor was covered in dirt and water stains, and you could see the watermarks covering the walls. The ceiling in the front half added on sloped down to about 6 ft tall, which matched the height of the “carport”. There was a smell that told us critters used the walls as their home. It just felt gross, and the 50 shades of brown didn’t help. The only plus is the massive windows that overlook our creek (those are staying).

So we decided it was best to start from scratch and gutted EVERYTHING. We took down all the interior walls, removed the current cabinets from their cinderblocks, took out light fixtures, and evacuated the bathroom plumbing in order to create a fresh, clean slate. We then hired plumbers to correctly install our plumbing into the concrete slab. (A valuable insight to have when DIYing: know when to call in the experts!)

Once the interior was gutted, it was time to build our new walls. Below you can see the original floorplan compared to the final designs. We removed the original interior walls and replaced them with new interior walls to create the new bathroom, two bedrooms, a laundry closet, and 2 storage closets.

In order to build the new interior walls, the ceiling had to be raised via car jacks because the ceiling rafters had begun to cave inwards. (I thought the whole house was going to collapse when my husband and father in law were doing this!) Then the three of us built up the new walls that would frame the bathroom.

Once the new interior walls were built and supporting the roof, we were able to demolish the front half of the house so that new exterior walls could be put up by our framers. These new walls would make the ceiling a consistent 8ft throughout the whole house.

Now that all the major demo is complete, we can now start the rebuilding process. Check back to see more!

One thought on “From Shack to Home: Breaking Down to Build Up”

I'm Lanna! Welcome to my little corner of the internet where I share our 5-acre Texas life filled with chickens, gardening, DIY + home design that build up our dream home(stead) one day at a time!